This is my first blog for a little while and the first of my Holiday Blogs from my Baltic Cruise.

I am writing this now, sat on the Ferry from Portsmouth to Cherbourg in the attempt to distract myself from the sicky feeling I’ve had all day. I’m not sure if it’s making it worse, but I’m gonna use these 3 hours to get these blogs done so they can upload asap! So far I’ve written 2 lifestyle blogs and watched Sing. Yes, I made sure I was sat near the TV so I can watch the Disney Films. I came on as a foot passenger on my own, which I actually found pretty nerve wracking, but I did it. It’s what I like to call “adulting” and it’s generally something I’m pretty crap at! I’m panicking a bit because I have no friggin idea where my luggage was taken but lol we will find that out later! Anyway- onto my first stop- Copenhagen!!

I have never cruised before, so it was a totally new experience to me and I loved it. We started by flying from Gatwick, London to Copenhagen, Denmark. It was a decent flight and the hotel was beautiful! It had big spiral stair cases, lovely arm chairs, beautiful windows and was splat bang in the middle of the city. We dropped off our bags and headed out to a coffee shop. 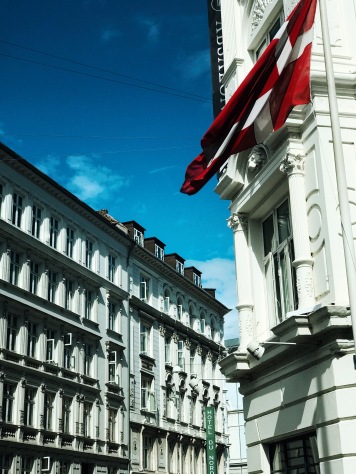 I took as many pictures as I could without being run over my cyclists- because they were EVERYWHERE. It’s such an awesome system, and I noticed that in other parts of Europe bikes are far more incorporated in the road lay outs. Like our English cycle lanes are put to shame by these! A lot of people were going home from work when we sat in this coffee shop, and it just looked so normal. Guys in suits and a helmet riding bikes, children on the back and the odd bike with a dog in the basket- all on roads. It’s awesome and I think the UK should try a similar tactic. There were barely any cars.

It was a shame we got to Copenhagen later in the afternoon as it meant we had limited time to explore. As a History nerd I tried to reel in the urge to drag everyone to cathedrals, churches and places of historical significance- because I know it’s not everyone’s “thing”. So I didn’t get to see the Little Mermaid, but I guess that means it’s an excuse to go back!! 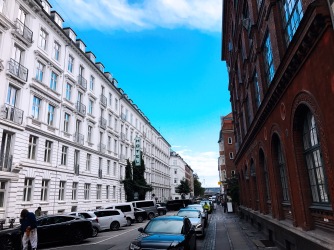 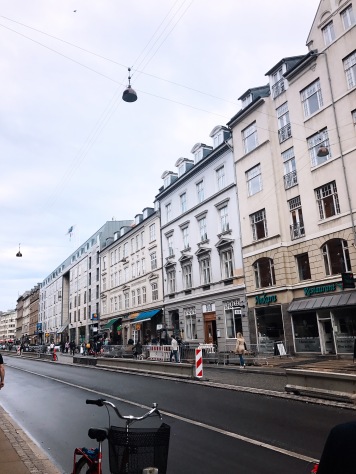 We went back to the hotel, got changed and went to a very nice (and scarily expensive) Steak House. I had a burger and it was delicious. And totally huge.

The whole day of travel meant that Jack ended up not feeling too well in the evening, so we did something I think started off our holiday perfectly. Other may disagree. We watched Batman in bed. I feel like sometimes exams, jobs and ultimately the pressure put upon students to earn lots in the summer meant that Jack and I were shattered. We had had no break between exams and summer work and Jack in particular was working crazy long hours. So that first night of good sleep and watching a film was perfect.

Hope you enjoyed reading- the rest of the holiday blogs will be uploaded soon!